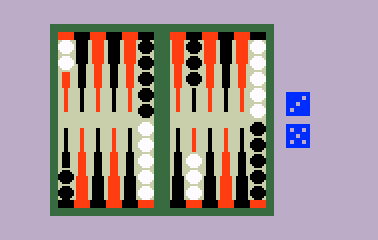 ABPA Backgammon was one of the four games that was test marketed with the Intellivision in 1979 prior to its release in 1980.

Product catalogs, magazines, flyers, or other documentation ABPA Backgammon has appeared in.
*Note: If you are unable to see any images in this section, you may have an ad blocker installed that is blocking the thumbnails and/or images.