Starting in 1982 to coincide with the release of the Atari 5200, Atari began releasing games using a silver cartridge label packaged in a grey or silver box. Later releases in this style replaced the generic font used for the game title with a stylized font and had a larger illustration. The color coding remained with Atari 5200 games having the game title against a blue background and Atari 2600 games using a red background.

See also: Atari Silver (Standard)
Initially when Atari began using silver style packaging, the game title was in a generic font rather than stylized text and the Atari logo occupied a much larger portion of the space. 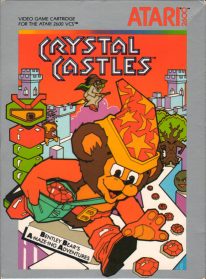 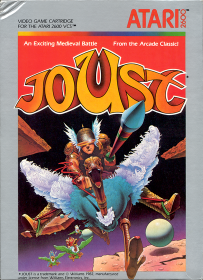 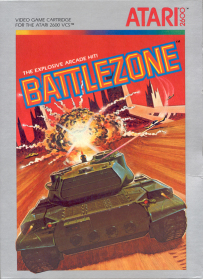 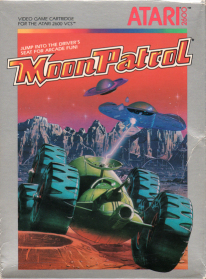 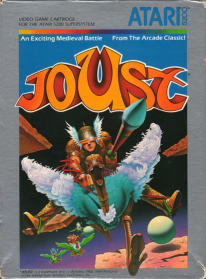 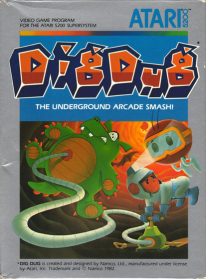 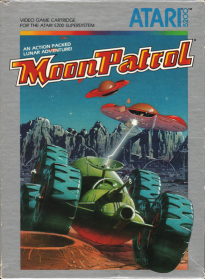