Later in the Atari 2600's life, Activision re-released many of their games (along with several Imagic games) for the system; in order to reduce costs, the original cartridge label was replaced with a plain blue label. The label featured the game title, Activision logo, and copyright information in white text against a dark blue background with a double-line border around the edges. The blue label versions of games tend to be harder to find than their illustrated counterparts; all of the games released in this format are re-releases, no games were available only with a blue label. 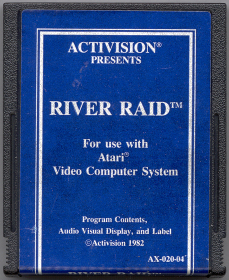 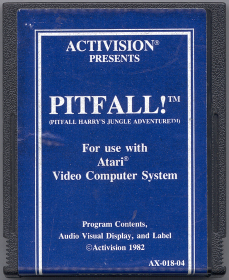 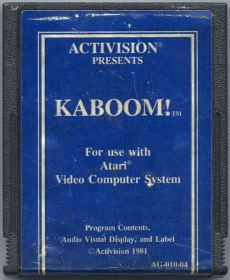 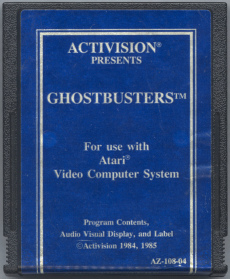