Activision began publishing games for the Atari 2600 in July 1980; packaging for their Atari games featured a solid color background with the game title and Activision logo in white text at the top. A line-drawing style illustration representing the gameplay was in the middle and often used rainbow style patterns to depict motion (later games would use the same overall style but feature more detailed illustrations). The cartridge label followed the same pattern, but replaced the illustration with a more accurate artists rendering of the actual game graphics. Some games additionally listed the game variations or other game information on the front of the label. Several of Activision's games were later released with a blue label as well. 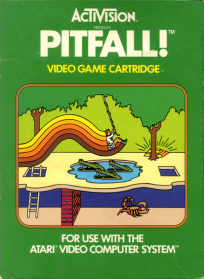 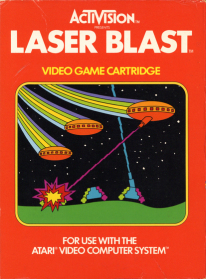 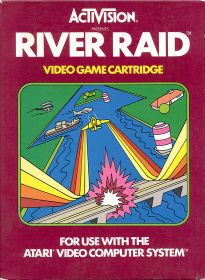 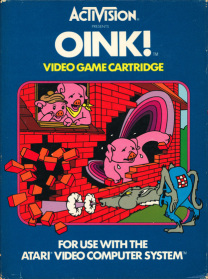 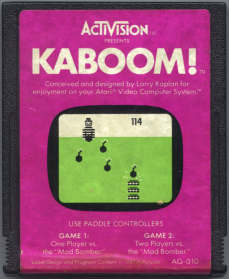 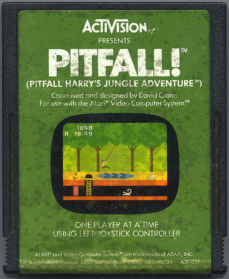 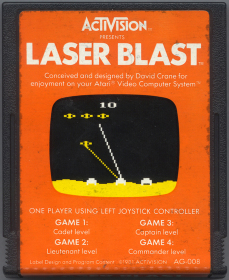 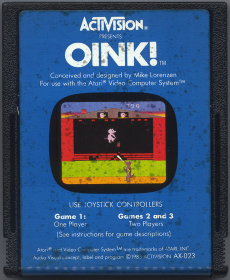