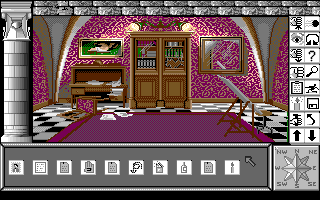 Chrono Quest (also known as Explora: Time Run in France) is an adventure game developed by Infomedia France and released in 1988 for the Amiga and Atari ST. The game begins circa 1920; as the protagonist, players need to uncover who has murdered their father! While exploring his mansion, a time machine is uncovered and players will need to travel the world and time in order to solve the mystery. The game was followed by two sequels, Chrono Quest II and Explora III: Sous le signe du serpent.

Chrono Quest features a first-person view similar to the display in many earlier interactive fiction games which featured a graphics option. Instead of typed commands, however, it uses a point-and-click interface to interact with the environment, solve puzzles, pick up or use items, and more. Along the right side of the screen are a series of icons representing different actions; to perform an action, players need to first click on the appropriate icon and then click in the main graphical area where they would like the action performed. Additionally, a compass is shown along the bottom right allowing movement to an adjacent location and the player's inventory is along the bottom. When necessary, the inventory temporarily disappears and is replaced by text providing feedback or advancing the story. 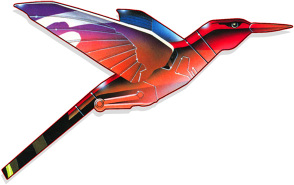 Product catalogs, magazines, flyers, or other documentation Chrono Quest has appeared in.
*Note: If you are unable to see any images in this section, you may have an ad blocker installed that is blocking the thumbnails and/or images.