The Sounds of an Early Solid State Pinball Game 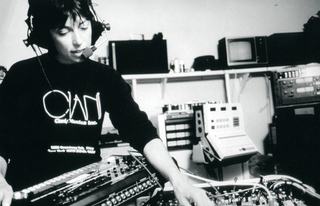 Released in 1980, Bally's Xenon broke new ground for pinball. Electro Mechanical machines were on the way out with the last EM game having been released just a year prior; Solid State became the new normal for pinball with hardware that allowed for more complex games, synthesized and/or digitized sounds, and an array of other features. Xenon was not the first solid state machine or the first with digitized voices, however it was the first to feature female voices. All of the music, sounds, and voices in the game were developed and recorded by synth pioneer Suzanne Ciani, and now you can hear her original recordings! A mini-album was recently released on Suzanne Ciani's Bandcamp page featuring all of the vocals, music, and sound effects she recorded during development of the game in their isolated form. This is a rare and fascinating look behind the scenes of a classic pinball game and is worth checking out.

It can be easy to forget (or even realize, if you weren't born yet at the time) how limited the hardware was for this and other games at the time. While arcade games and pinball tended to have more advanced sound hardware than their home console counterparts, they were still very primitive and took some creativity to create sounds as well as they did. For Xenon, the sound chips used for the sampled sounds stored approximately five seconds of sound each; Xenon uses a total of seven chips found on the Bally Vocalizer sound board. This may not have been a lot to work with, but it was enough to provide a novel experience; few pinball games at the time (or video games in general) had voices at all at the time, and if a game did have speech included it was typically very brief (such as only at the start or end of the game). If you're curious, here are the samples used in the game and which of the seven chips contain the recording based on a posting from the Pinside forums:

Keep in mind that some of these words or phrases only appear in combination during the game; for example, at the start of multiball you'll hear the phrase “exit one — exit two”, but you'll see the phrase broken up into individual words allowing space on the sound chips to be saved by utilizing the word “exit” twice. Music and sound effects in the game aren't digitized, and are generated by the Bally Sound Plus board which features the widely used General Instrument AY-3-8910 Programmable Sound Generator (PSG). There were several versions of the chip released including the AY-3-8910A which was found in an extensive number of arcade games, and versions were was also found in the Intellivision, Vectrex, Amstrad CPC, MSX, and many other home systems so there's a good chance you've heard this chip or a nearly identical one before.

If you come across a Xenon pinball, it's possible you won't hear all of these voices during the game. The machine included four different sound modes that could be configured by the operator; two of the options replaced some of the voices and sound effects with simulated chimes, however since the chime sound was not sampled and generated by the PSG sound chip it isn't particularly convincing. The available sound modes as described by the manual are as follows:

For whatever reason “00” is the default, but (at least these days) I've found “03” most widely used and sounds the best. Some other game feature settings may also affect if a voice is played; at the end of the game the voice "Try Me Again" is normally heard, however switching the game to the “conservative” attract mode setting turns that off. To hear a sample of Setting 00 and Setting 03 in action, check out the Xenon Media Archive for some demonstration videos. 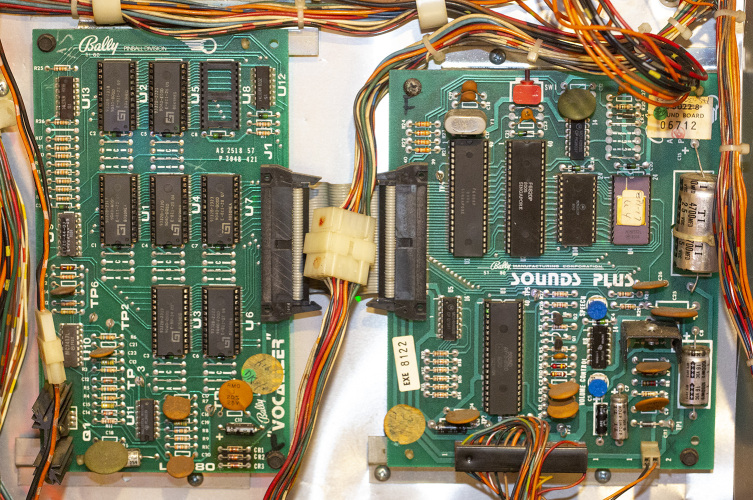