Unexpected Outage and Other November Updates 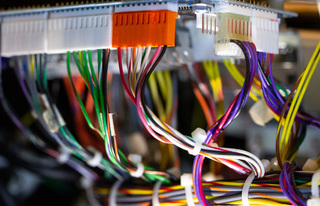 If you tried to visit PixelatedArcade or PixelatedImages over the past day or two, you may have noticed we were down! That outage certainly took longer than expected, but our hosting provider was performing some maintenance to address performance issues. Everything is back now, and hopefully loading much quicker. In the past month another code update was pushed live which also should help improve performance as well as add some new features; most of these resolve some behind the scenes bugs and make administration easier, but there are also some improvements to the mobile experience and some foundations to begin improving how companies vs. their publishing labels are represented. In the meantime, we're rapidly approaching the end of year holiday season making real life extra busy; hope everyone stays safe and enjoy the rest of the year!

[Edit: There are still some screenshots missing, and work to restore those is in progress.]
[Edit 2: Restore should be complete now with all missing screenshots and images back in place.]

Also, just for fun, here's a few other things worth checking out:

That's all of the updates for the moment...I'm hoping all of the the recent updates do indeed prevent more downtime and keep performance snappy, and there will definitely be more gaming fun to come...so until next time take care!