IBM Personally Developed Software releases were packaged in a cardboard folder; the artwork was common across all games and programs and depicted an envelope with a 5.25" disk on top (the Personally Developed Software series was available through mail order only). The label on the disk replicated the actual disk label and was the only place the game or program title was shown; for some releases, the cover instead had a hole allowing the actual disk label to show through. 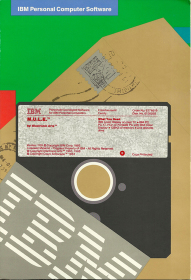 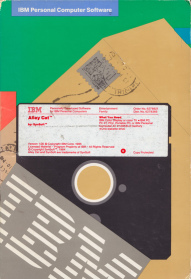