The initial batch of games for the Nintendo Entertainment System that Taito released in North America featured packaging with a rainbow color gradient as the background and the game logo in solid white (red to green appeared on the box front, with additional color appearing on the top and bottom spines). Only the first three games Taito released for the NES featured this style, shortly after Taito games used more detailed artwork without a common style for their games. A fourth game, Renegade, was apparently going to use the same style and was advertised with mockups featuring this style of art, however the final released version did not use the advertised artwork. 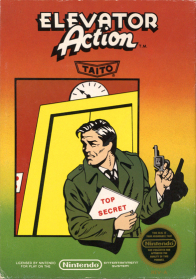 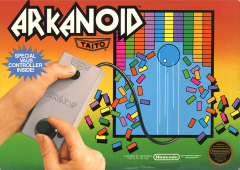 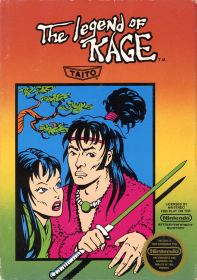